A great explanation is located at the bottom of this article from Carolin Silbernagl! It’s great news!

We have heard from both the original applicant of .hiv domains and Uniregistry, and they are still making donations for projects. In December 2015, there was a $40,000 donation made to a project. DotHIV is preparing a statement to be released tomorrow to me and Uniregistry wants to clarify their earlier statement to imstilljosh.com, which was published earlier without edit. This decision may not be as assumed and confirmed below, and we look forward to updating this article with the latest accurate information provided to us.

It was supposed to be the digital red ribbon that could help end the HIV epidemic globally by funding unique projects across the world from funds donated (micro-donations) based on the click-counter when users visited websites ending in .hiv.

I am even jumped on the bandwagon supporting the idea by reserving and launching a “digital red ribbon” .hiv domain– the LGBT PrEP Guide for HIV Prevention located at http://PReP.hiv. I paid $299 for the first year and a similar amount for the second year and so on. The domains were originally granted, after application, to non-profit DotHIV gemeinnütziger e.V. and full disclosure, I was contacted early in the process of the application and asked to be a global advisor for the launch of .hiv. Part of my early volunteer duties included voting on which specific projects the domains would support financially.
In September 2015, I scooped everyone on the sale of .hiv domains to Uniregistry. And this was following the big announcement that New Top Level Domain .hiv Launches!

DID YOU KNOW?  My pals at Quest Diagnostics are sponsoring the #AIDSwalkMIAMI on 4/24!   Click here to learn about it.

A few days ago, I learned through sources, that Uniregistry would be terminating the simple click-counter function that helps count how many specific visits each .hiv domain receives (and then calculates the amount of micro-donation). Again, to date, this is the only way for the donations to be sent to supported projects. Watch this video to understand the concept that was launched with all the domains: [ please refer to statement at bottom of article for clarification!]

So, why would Uniregistry decide to not support these projects all over the world?

“As you probably know, the German non-profit DotHIV gemeinnütziger e.V. was the original applicant and registry for the .hiv domain name extension. ICANN delegated the TLD in May 2014, and .hiv launched with development plans conceived by the original applicant. Unfortunately, the .hiv extension did not generate enough revenue to cover its costs. We had been long-time supporters of the .hiv TLD and its original team, and they asked us to take it over when they were no longer able to operate it at a loss. So last year, Uniregistry acquired .hiv, through an agreement with the original registry. If Uniregistry had not come forward, it is very likely that .hiv would have ceased to exist entirely. We decided that we could not implement “click-counter” function on .hiv websites as it was originally conceived, and so we decided to sunset that functionality when we assumed operations of the TLD. When .hiv grows into profitability, Uniregistry remains committed to donating a portion of any profits made from the sale of .hiv domain names, but we will not be using the click counter function as a mechanism for this. Uniregistry will continue to support HIV awareness and hopes that users will continue to register and support the .hiv domain name extension as they communicate with others. Bret Faustett“

So, should .hiv be allowed to become a profitable business, like other domains before a portion of each sale of an .hiv domain (listed at: $249.88 per domain for one year), or should Uniregistry make a donation to an HIV-related cause with every purchase?

“Last year, we have decided to offer the .hiv TLD for sale to the leading companies of the domain name industry. After a successful application period and launch, we wanted to assure a sustainable and efficient management and more powerful international reach for sales for the first charitable domain ending.
In Uniregistry, we found the partner we’ve hoped for: an innovation-driven leading player in the market with outstanding technical and operational capability who understands and respects the power of communities when it comes to running a TLD namespace. .hiv is Uniregistry’s first step into the field of social impact work, which is why dotHIV, backed by a small but capable expert pool, stays on board as an advisor.
The handover leaves the core feature of .hiv untouched: The .hiv Registry Agreement – the contract with ICANN that governs how .hiv can be run – incorporates the non-profit nature of the TLD, and legally binds the new owner to donating all profit from .hiv domain sales. This provision is under ICANN’s supervision and cannot be changed.

The handover to Uniregistry has provided opportunity to review the tools set up for launch, integrate user feedback and adjust where useful. Cancelling the micro donation was part of this evaluation: It was meant to make the charitable and fund-raising element of .hiv domains more visible to Internet users, thereby adding emotional value to the product. However, the domain name system is strongly regulated and it proved difficult to execute the idea, that we still love, in a way that was user-friendly for domain name owners and easy to understand for website visitors. It had to be set up as a counter-intuitive opt-in program and hence was picked up by only one third of .hiv domain owners. Also, internet users often felt confused about the source of the money activated for the cause by their visits.
Together with Uniregistry we decided to keep the technology running, but adapt it with the initial goal in mind: The resulting Red Ribbon Flag does a great job in guiding user experience (see http://ted.hiv/ for an example). The tool can also be used for donation-per-click programs on individual .hiv sites, if companies want to do so. Its role for the future of .hiv strongly depends on customer and community feedback, as it should be the case for all web products.

The .hiv TLD will carry forward its initial impact goals: .hiv domains as digital Red Ribbons raise funds and awareness for the end of AIDS. The first year of operation under the leadership of dotHIV has resulted in $40,000 donated to We-actX for hope in Rwanda, for a project independently selected by dotHIV’s expert pool. Additionally, over 6 million online interactions have resulted from the initiative – from clicks on .hiv sited to likes, shares and video views linked to dotHIV’s social media campaigns.

It is now up to Uniregistry to grow these results. We at dotHIV trust they’ll do, and will continues to play an active role. Also, we call for all activists to join us. .hiv was set up as a tool in support of the community – please continue to feedback, challenge and use the domain names. They stay free of charge for your orgs.
Carolin Silbernagl” 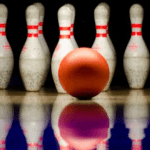 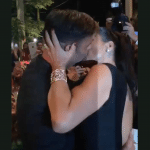