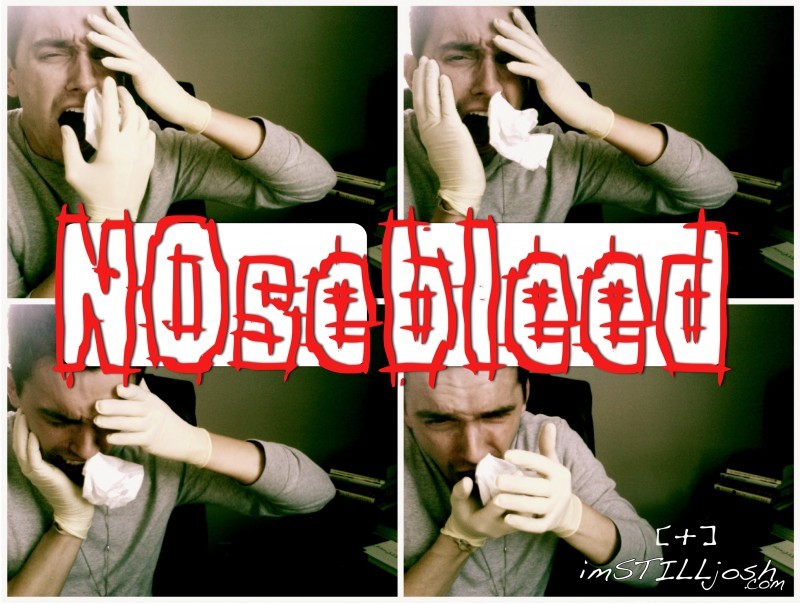 A nose bleed for an HIV-positive person really can freak us out.

Since Jan. 24, 2012, I have had the opportunity to learn some amazing things about my body, how HIV infection grows and is treated and how others that are more “positive experienced” than myself have lived with this immune disorder for many, many years. It’s been very humbling, to say the least.

But what happened recently was not something I had thought about much– or how I would react or feel. But it’s actually something that every HIV-positive person has to think about, and often.

I woke up the other morning to blood on my pillow. Blood on my hands. Blood that was dried up — on my face! Talk about something worse than that morning breath I had when I was still a smoker. (Oh, yea, I quit recently.)

Talk about an “OH SH*T! MOTHER OF A GAY QUEEN SLAPPING HER DOG BECAUSE SHE CAN’T FIND THE RIGHT EYE LINER PENCIL” freak out.

I had, had a nosebleed.  Questions were flying through my mind: “What if this happened when I was out in the public? Would others freak out? Would I? Would I be the lonely guy in the middle of the street screaming for a tissue and everyone just kept walking by?” “Can I give someone MY HIV from my nosebleed? Well, duh. But what about my dried up blood?” “Should I throw away my pillow now? But what if someone is going through the trash and touches it?”

See the fact is, I hadn’t yet realized or experienced the freaking out that HIV-positive people (at least once) have gone through or will go through when they might get a paper cut, nosebleed, or even a cut in the roof of our mouths from that sharp tortilla chip.

Will I continue to freak out a little when I see blood? HELL YEA!

End the stigma. I’m still Josh! YOU still be You!!! 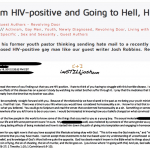