Remember the drug CEO of Turing Pharmaceuticals that the internet hated a couple weeks ago for raising the price of 60-something year old drug by around 5000% from $13.50/pill to $750/pill?

Within days, Martin Shkreli told ABC News  he would lower the price of the drug– after the public outcry on social media for an end to the price gouging, a tweet from presidential hopeful Hillary Clinton, and organizations and government officials demanding investigations large and small.

After two weeks since that announcement, the price remains the same. And I verified the price at several local pharmacies in Nashville.

Even more interesting is the silence of Shkreli and Turing. The outspoken CEO, who appeared on network and cable news shows and spoke of the need to make the drug better through research and development, now seems to very quiet.

According to an abcnews.com article: “Turing Pharmaceuticals did not immediately respond to calls and email from ABC News asking for the current price and timeline for when the price would drop.”

According to an MTV article: “…Shkreli has not commented…”

Tech Insider got the same: “Turing did not respond to Business Insider’s request for clarification about this price.”

Can anyone get Turing or Shkreli to respond?

In a series of exclusive email replies with imstilljosh.com Turing Pharmaceuticals finally responds. (And it is very telling of their positioning.)

Email from imstilljosh.com: “Hello. 1) Has Daraprim’s price been reduced? 2) Why not? 3) How long after securing the rights did Turing wait before increasing the price of the drug? 4) What will the price drop be? 5) When?

Reply from Turing Pharma representative, Ed Painter: “As is frequently the case, the Twitter and mainstream media reports are misguided. It is 10 cents per pill out of pocket for insured patients, 1c for Medicaid patients and free for the uninsured.”

Follow-up email from imstilljosh.com: ” Ed: What is the price that this drug is being sold for to pharmacies? This is the cost at every Nashville pharmacy. (Attachment) Are you confirming these prices are not correct? What was the price reduction that your CEO suggested would happen exactly?… I have a tight deadline today, so I appreciate your response timely.”

Reply from Turing Pharma representative, Ed Painter: “The numbers I gave you are right.  Pharmacies may be setting different prices.  We can’t control that.  The specifics depend on being uninsured (free), medicaid (1c), commercial insurance (20c copayment).  Medicare is more complicated but similar but not much different. It’s very hard for me to give you a good response right now.  I am visiting my parents.  Can we talk Monday afternoon?”

So, they did not answer really any of my questions, but they do respond.  So, mainstream media, you should try to contact, Ed Painter. He, at least, seemed more human than the CEO. 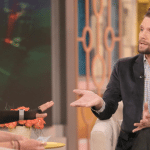 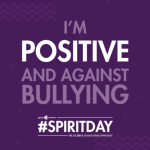