The internet has been out for Martin Shkreli for weeks after he announced a price increase for a drug sometimes used by a few HIV positive patients, daraprim. He raised the price from $13.50/pill to roughly $750/pill and some believe he is deserving of the title: The Internet’s Most Hated Man. (Although that title has been given out to others before.)

But, how hard is this drug to access? The internet would have us believe incredibly difficult. But where is the patient or groups that are not getting it? They may exist, but they have not been identified as of yet.

For this interview, I reached out to Shkreli via Twitter and simply asked him if he would do a video interview with me, for my HIV activism site, imstilljosh.com. His reply: “Sure.” So over the course of a week or so, we worked out the when and where, all the while I knew perfectly well that I wanted to scoop the major news organizations who hadn’t been able to secure the answers to two questions: when would he lower the price? and what would that price be?

Don’t forget Turing Pharmaceuticals was more than willing to respond to me prior when I asked these questions before, but although I wasn’t given an answer prior, I at least got a response.

For some, this interview will be too long and softball questions and answers. For others, you will find the always-before arrogant CEO a bit less stern and actually at times someone I could see myself being friends with and having intelligent health/pharma chat. My intention in this interview was not to grill him, make him feel bad or good, but simply to ask questions and listen. I am not a seasoned on-camera talent and mistakes happen, but this interview is the interview nobody else could get. When I got the shot, I set up my laptop, camera and started recording. I expected 15 mins of his time, and I got over an hour.

This is the imstilljosh.com exclusive #HIVscoop interview with Martin Shkreli.

What are your thoughts on Shkreli now? Is it fair that pharma companies turn a profit? And with all the hate on the internet about Shkreli and talk about patients being left to die because of the price, does it matter that not one patient has been found to not have access to the medication? Did the internet hate the game less, and hate the player of that game more?

Did the internet get this one wrong? You decide. For me, regardless of how this plays out, there is actually very little doubt in my opinion that Shkreli isn’t as the internet would have me believe. I actually think he cares very much about people’s health. He just believes in making money as well. I am comfortable with pharma as a whole making a profit, as long as access isn’t a problem. For daraprim–so far that is not an issue for this expensive drug.

Thanks Martin for your time and willingness to open up and talk with me a few days ago. By sharing this entire interview, I am hoping that many questions are answered and you are able to set some of the record straight about this situation. 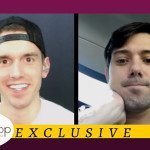 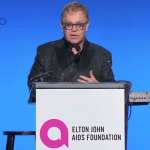