The PSA also includes the powerful Elizabeth Taylor speech at the 1992 Freddie Mercury Tribute Concert  where Taylor declares, “The world needs you to live!”

According to the press release,

“The PSA, produced by award-winning Martian Entertainment and airing exclusively on national LGBT cable channel Logo, was created to inspire, inform, and reignite the passion needed to beat the HIV and AIDS epidemic once and for all.”

The PSA is titled: HIV & AIDS: Why Aren’t We Talking?

DID YOU KNOW? My pals at Quest Diagnostics are sponsoring the AIDS Walk Kansas City on 4/30!

“GLAAD was founded in order to combat the sensationalized media coverage surrounding the HIV and AIDS crisis in the 80s, and we have been committed to this cause ever since,” said Sarah Kate Ellis, GLAAD President & CEO. “This campaign will help bring more awareness HIV and AIDS and remind everyone that we have the power to end this epidemic in our lifetime.”

“Today we have the tools to make HIV history,” says Neil Patrick Harris in the PSA.

“HIV infection rates are up 133% in last decade among young gay men,” Joel Goldman, Managing Director of The Elizabeth Taylor AIDS Foundation noted. “It’s troubling that 1 in 3 gay men have never had an HIV test. We must find new ways of raising awareness in order to reach this community and inform them of the tools available to prevent new infections. We are so fortunate to have the support from Logo as well as our incredible partners at GLAAD on this PSA campaign.”

The PSA will air on Logo beginning on Thursday, April 28th and will also be available on GLAAD’s YouTube channel. 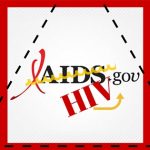 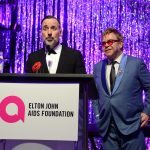