It hasn’t been kept a secret, but nobody ever really asked.  Here’s what else you may not know.

Will a condom prevent you from getting HIV? Here are some things to consider:

Meanwhile, the FDA has approved one form of HIV prevention, a once daily pill called Truvada used as PrEP, or pre-exposure prophylaxis. You can read all about PrEP in this special report published by Imstilljosh earlier this year.

Most people do not currently have access to PrEP, and many have indicated no interest in it, according to doctors. It can cost $1,200 per month for those without insurance.

So where does that leave us?

The FDA provided Imstilljosh a statement made by former U.S. Surgeon General C. Everett Koop in 1987 about condoms before a congressional committee on energy and commerce. This link is to a PDF of a typewritten document, complete with scribbles and notes in the margins. In it, he says the use of a condom is the best method of reducing infection “known at this time for those who for one reason or another will not practice abstinence or monogamy.”

Koop warned, however, that condoms “may have a failure rate of 10 percent when used as contraceptives.” The sentence originally ended with “but most studies show a better rate” but that was crossed out.

Later in the statement, in which he refers to condoms as “rubbers,” he writes: “Under conditions simulating the mechanical friction of vaginal intercourse, latex and natural membrane (skin) condoms have been shown to be effective barriers to HIV and other infectious agents, but caution should be used in extrapolating these limited studies to actual use.”

The statement originally referred to “sexual” intercourse, but it was crossed out and replaced with “vaginal” written over the top.

No stamp of approval

The FDA would not confirm whether any such submissions were under consideration.

“The FDA does not share information about submissions unless or until they reach a public decision.”

The National Institute of Health funded the trials, Resnic said. “These are feasibility studies and each involves a User Preference study and a Couples Acceptability and Performance Study. Typically the studies included 20-30 couples.”

Imstilljosh reached out to the makers of Trojan and LifeStyles condoms, two of the most popular brands of standard condoms in the U.S. We asked them:

Neither company answered any of the questions.

Tom Paolella, associate director for global corporate communications for Ansell, maker of Lifestyles, responded with, “Regrettably, we are unable to participate in your article.”

As old as the tire

Are condoms really approaching the century mark? In fact, they are almost 160 years old, according to Case Western Reserve University.

But only one in six men used condoms consistently over the course of three years, Smith reported. The findings were made based on an analysis of data of HIV-negative men enrolled in the AIDSVAX and EXPLORE studies.

To Michael Weinstein, leader of AIDS Healthcare Foundation, condoms have proven effective for decades. He is a staunch condom proponent, sometimes attracting criticism from those who advocate for more modern HIV prevention methods such as PrEP.

Last July, AHF partnered with LifeStyles on a “Know Your Status” social media campaign. It resulted in the donation of more than 20,000 condoms to AHF.

Meanwhile, a blog published last month by Dr. Judith Reisman, a conservative pundit, calls for a “class action lawsuit by AIDS victims and their loved ones” against groups such as “AIDS Healthcare Foundation, Planned Parenthood and a myriad of teachers and school systems, too many to count.” 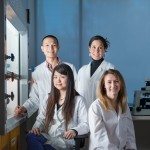 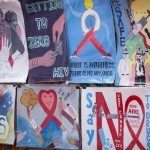