(Guest Post) In an era of PrEP, why are we still fighting over whether adult performers must wear rubbers?

First and foremost, I thought, why aren’t they on PrEP?

Let me tell you, when you’re coming out, you don’t know much about safe sex. Especially these days, it seems. It’s old news that young gay men coming of age now have different views about HIV/AIDS than those in their 40s and older like myself. There’s no denying that the funerals and the suffering made an impact on us. And the condom message has been pounded into our heads like saying the Pledge of Allegiance before class in school each morning.

And when you’re high on crystal meth? Basically forget about any safer sex education you may have had. It’s the ugliest drug ever and it often creates helpless, out of control people.

So Why are We Ignoring PrEP?

The other reaction I had when I saw all the headlines – like this Associated Press story in the Las Vegas Sun – was, “Why on earth is so much of the mainstream news media making this story all about condoms when we’ve got PrEP?”

Disclaimer: I’m not against condoms. They protect against much more than HIV, including HPV, which can lead to deadly cancers, or gonorrhea, for which antibiotic resistant strains are emerging.

Read More: How Not Talking About Sex Could Kill You

But whether a person wants to use a rubber is their personal choice. And I suspect that others who enjoy watching the men or their dreams (purely sexual dreams, anyway) perform on screen don’t want their men wrapping it up either.

But now we have PrEP, which is more than 90 percent effective at preventing HIV when used properly. A study published last week in the Journal of Infectious Diseases did show, however, that a small number people on PrEP who do become infected may develop resistance to Truvada during treatment. An accompanying editorial in the same issue of the medical journal by two esteemed physicians puts those findings into perspective.

The presumption that the adult film stars somehow don’t know the hazards of their profession is completely false, several people I interviewed for this story told me.

“Performers are, contrary to the general public perception, highly educated and knowledgeable about all prevention options, associated risks, etc.” said Eric Paul Leue, director of sexual health and advocacy for Kink.com, in a statement to Imstilljosh. “I can only speak for Kink.com, though I understand most large studios across the U.S. have similar policies. We leave the choice of whether or not to use a condom up to the performer, and they’re hired without us knowing their preference. And if a performer changes their mind once they get to set, or even in the middle of a shoot, and decides to use a condom, that’s fine, too. Some of our performers always work with condoms, some never do. We believe it should be up to the performer. And if even one performer on a shoot asks for a condom, it becomes a condom shoot.”

Q and A with Eric Paul Leue of Kink.com

Finding someone to speak on the record on this hot topic proved challenging. Leue agreed to do an e-mail interview. Here’s some more from that interview:

Q: I guess first I’d like to understand the condom issue a little better. Do many actors elect to wear them? I can only put myself in an actor’s shoes. I’d be on PrEP if I were an actor – it shouldn’t be difficult to obtain for an adult film star, at least I wouldn’t think. If it is, then that’s a story.

A: PrEP may be the option you’d feel most comfortable/protected with, but it is a medication so you can’t just force everyone because they do a specific job to take it. What we can do is educate performers about PrEP, whether or not they also choose to use condoms, and help them get better access to healthcare and resources.

Q: Certainly the amount of risk going along with working as an adult film star would put someone in the “high risk” category for PrEP. Do you think many performers are on PrEP?

A: In May the CDC suggested that commercial sex workers might benefit from PrEP. PrEP is just one form of risk reduction, condoms are another, and testing is yet another. We shouldn’t be looking at this as an either/or, but as tools in a toolbox that performers can use to determine what works for them.

We have no data on how many performers are on PrEP. Personally I know many performers who are open about using it, but it may not be right for everyone. However, it’s something that is being discussed at all levels within the industry. As Director of Sexual Health and Advocacy for Kink.com, I am actually planning to hold a panel at the Armory in S.F. specifically for performers.

Q: Isn’t it possible that actors hook up off set and screw all night long, possibly condomless? And isn’t that their personal choice? How do we really know if transmissions occur on set? To me that’s the flaw in all of this.

A: You hit the nail on the head – personal choice. I still think condoms are one valid option though. The CDC understands condoms to have a risk reduction efficacy of about 70 percent in regards to HIV transmission in men who have sex with men (MSM). PrEP has a risk reduction efficacy of more than 99 percent, and testing in accordance to PASS protocols is no less efficacious than condoms. With the self-regulated protocols that AFI (adult film industry) build together with performers, we are indeed able to trace back whether a transmission occurred on-set or off-set.

A: Because this was an out of state shoot on a non-PASS (Performer Availability Screening Services) compliant set, the alert was handled by the (California Department of Public Health) in a manner very different than it would have been had it been sent out by the adult film industry. In this case, the alert came out for an incident three months old, but the date made it seem like it was a current situation. It was very confusing to both performers and the media, and many panicked. Because of condom legislation, the issue is very politicized right now, so groups like (AiDS Healthcare Foundation) have a vested interest in using alerts to amplify fear and misinformation. It’s unfortunate, because it works to demonize performers and ultimately harm prevention efforts in the adult film industry and public alike.

A: There are certainly creative and free speech factors, but it’s really about safety and personal choice. The AFI is in many cases a big family, which I never expected when I started my desk job in the industry, and there wouldn’t be such detailed self-regulations and education efforts if nobody cared. Abrasions or condom rash, for example, are a common reason for female performers to object to mandated condoms, because that paradoxically makes them more vulnerable to infections in their private life. Also, condoms aren’t made for “industrial” use like a film set where shoots can go on for more than an hour. Condoms break, condoms come off, condoms fail. At Kink, we’re condom neutral. A performer can ask for a condom at any time for any reason, but most don’t because PASS protocols are so effective.

Why the Continued Hysteria?

Once I started poking around, I came to the conclusion there really isn’t much of a news story here. In fact, to me the story really is how this got reported in the mainstream news media. Why all the emphasis on condoms and very little mention of PrEP?

The Free Speech Coalition, which represents the adult film industry, provided this statement to Imstilljosh:

“Over the past year, many in the adult industry have been increasingly vocal about the value of PrEP. PrEP can be a significant tool for preventing the transmission of HIV, whether you’re gay or straight, and whether or not you’re an adult performer. However, it’s also a highly personal decision. No company or organization can legally compel a performer to take medication, and nor would anyone want to.

“What we can do is help educate performers about the benefits and risks of PrEP, and help them find ways to access the medication if they feel its right for them, which is something we’ll continue to do in 2015.”

**Publisher’s Note About Poll Below** 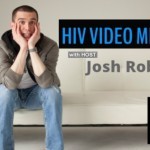 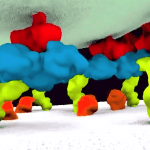