This post original was written for and posted by MTV VOICES by Josh Robbins, of imstilljosh.com.

“HIV – three letters that can make people react in massively different ways. When it was first discovered it was considered untreatable, but now people with HIV can live normal and healthy lives. Sadly, the stigma surrounding it hasn’t improved along with the medical advances. With so much misinformation out there, we asked you to ask whatever you wanted to know about living with HIV, no holds barred. Step forward Josh Robbins, a young American living with HIV – who was man enough to take them on. Thanks Josh.” – MTV VOICES

JOSH ROBBINS:  Wow! What a day Jan 24, 2012 was for me. That was the day that I learned that I would be living with HIV for the rest of my life. I’m not someone that usually freaks out that much. I never thought my life was over. Instead, I wondered:

“Will I ever be able to find someone that will want to date me again?”

“Will I ever want to have sex again?”

“What if I accidentally infect someone that does understand the risks of having sex with someone HIV positive but the condom breaks?”

“Will this cause my insurance company to drop me?”

Luckily, the two medical professionals who consulted me during my testing gave me incredible suggestions on how and where to find the best specialist treatment and assistance.

I’m HIV-positive because during one sexual encounter with a partner, the condom that we were using came off and I didn’t choose to end the moment then, but instead continued with unprotected sex for less than 5 minutes. Not to be too graphic, but neither of us ‘finished’ either. I find this important, because even though we had unprotected sex only for a short time, as well as the fact that neither of us ‘finished’,  exposure to HIV can happen quickly and that stupid theory that pulling out will minimise risk is just that – stupid!   Protect yourselves, y’all!

On a day-to-day basis, HIV doesn’t really affect my life. However, it is something that is always in the back of my mind and it obviously affects some minor things like what I eat—I don’t eat as much sushi as I used to eat because consuming raw meat is considered unsafe for those with weakened immune systems. I’m also careful about taking multivitamins every day—something I wasn’t good at before my HIV diagnosis. Otherwise, I’m still exactly the same as I was before learning that I’m living with HIV.

The biggest challenge that I’ve faced since being diagnosed with HIV was learning to say ‘no’ to activism activities. I know that sounds weird, but because I literally became overwhelmed with the desire and need to raise money and awareness for those living with HIV, I quickly became tired and wasn’t taking as good of care of myself as I needed to. This probably isn’t the type of answer you expected. But it’s important for all kinds of activists to remember to take that important ‘me’ time away from your cause to grow and learn and become better focused on what it is you are an activist for, and the reasons why you are doing what you find important. I’m still learning this, but being overly busy is just what I love for myself – but taking a step back is ok too. Luckily, right now, I’m all rested up so that I can keep encouraging those living with HIV and call out those stigmatising people and messages that impede our lives.

So, up to this point in my journey, the actual virus itself has been pretty low-key. When someone finds out that they are living with HIV, it’s possible that they could have been living with the virus for years without knowing. Luckily for me, I found out that I was HIV positive just a month after being unknowingly exposed. The initial stage of HIV infection (acute infection) was pretty rough. I had severe night sweats, headaches, body aches, and terrible mouth ulcers. After those symptoms passed, my body rebounded and I’ve been doing quite well since. One of my family members recently sent me a text with this statement: “HIV IS A VIRUS. STIGMA IS THE DEADLY DISEASE.” I couldn’t agree more.

The stigma surrounding people living with HIV is sometimes worse than the actual virus that we’re living with. Stigma is something hard to define, but in reality it is anything that attempts to define who ‘we’ (those living with HIV) are, have been, or will become. Like calling someone ‘dirty’ based on the fact that they may or may not be living with HIV. Just because I have HIV doesn’t mean that I was promiscuous or that I always had sex without a condom, or even that I must have ‘wanted’ HIV. Let’s get real, peeps. I’m living with a virus. That’s it.

Personally, I think that I’m not as judged in as much of a negative way that I maybe initially expected. But I’m also someone that challenges the negativity surrounding HIV. Early on, I saw this nasty website posting about me and honestly, it really hurt me seeing these harsh things. But my support group quickly reminded me that this was just the beginning of what I could experience if I decided to take on such a stigmatising issue as HIV.

Generally, forgetting that I’m an activist who strives to encourage those living with HIV, I feel that a person living with HIV is often judged if they in fact choose to reveal their status. That is why, for me, choosing to make a decision that was right for me – disclosing publicly my HIV status – and that I felt I was ready to do it, was so important. If we don’t talk about stigma and HIV, then how in the world can we expect to help people’s perceptions and understanding of HIV? So, for me, I refuse to shut up about what stigma does to those of us living with HIV and I refuse to shut up on behalf of those that might not be as open as I have been regarding my status, for whatever their personal reasons.

Serodiscordant couples (i.e. when one partner is HIV positive and the other is negative) of all sexualities are some of the bravest and strongest relationships I’ve encountered. For someone to choose to still love me and be open to live, love, and have sex with me regardless of my HIV status, while making sure they protect both of us medically and sexually, is AWESOME! Just awesome… so congrats on allowing yourself to be loved and to be open to mixed status relationship.

Using a condom and being on medication really reduces any risk of HIV transmission. Just make sure that you share your status, as required by law wherever you live. I do understand the worries about unintentionally putting someone at risk of infection, but just remember that sex is about intimacy and if you aren’t comfortable with that yet then don’t do it. There are tons of other sexual activities that you and a partner can entertain that are still hot without any risk. Without becoming an unintentional sex therapist, there are plenty of resources online that discuss alternative activities that promote awesome moments sexually that don’t require any risk of any sexually transmitted infection. Firstly, protect your heart and soul from being in a situation that you aren’t comfortable, and always use the proper protection. Then, be open to being loved by someone that wants to love you – for you! Finally, the fact that someone who is negative and is as educated as you is pretty remarkable and shows so much about their character, and that my friend, is pretty hot! Have fun and be safe!

In my case, it was probably unique because I decided to disclose my status via Facebook announcing the launch of my blog. I’m someone that believes that you have to make that decision yourself based on what you find important:

1. Do you generally like to get to know someone before dating them?

2. Do you generally like to date people that you already know well?

Your answer will help you make the decision of what direction to go. There’s not a right or wrong answer, in my opinion. However, you must disclose your status before sexual contact and make sure you document how and when you disclose your status, because some states and countries (like Tennessee, USA) have unfair and outdated HIV criminalisation laws that require an unfair burden of proof on HIV-positive individuals to prove that disclosure has occurred. I hope that helps…and happy dating! Bow-chica-wow-wow!

I do know the person that unknowingly exposed me to HIV on December 18, 2011. I use the word ‘unknowingly’ because he didn’t know he was living with HIV. This dude is still a pretty cool dude and he had a hard time at the beginning of all this because he had to realise that he exposed me and infected me. But, there were never hard feelings about any of this. I’m actually the one that called him after finding out that I was HIV-positive to say: “Hey bro, you really need to go get tested as you are the only possible person that could have exposed me to HIV during this timeline.” I also helped him get connected to treatment and therapy.  I still see him from time-to-time in our town, when he’s around, and we always hug. He’s a great guy that just happens to be living with HIV as well. Instead of me speaking for him, I actually asked him to share his feelings, and had him write a two-part series for my blog.

Stay brave and please join my Facebook page right now—I’d love to hear from you!

This post has been made with our friends at MTV Staying Alive—fighting HIV the smart way. See the post here. 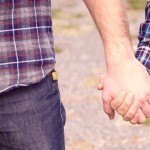 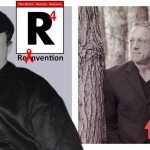