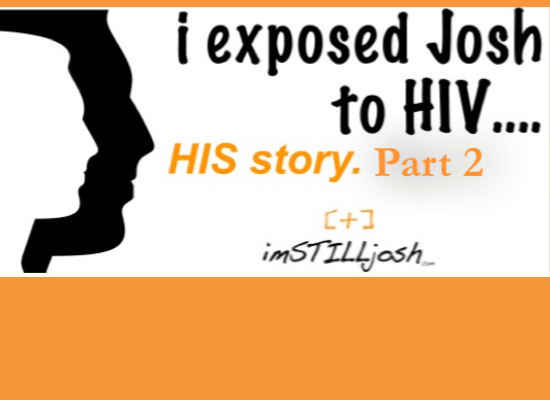 In this finale of the two-part series “Dude That Exposed Me to HIV Speaks” – I, humbly, feature the thoughts and feelings of the guy that unknowingly exposed me to HIV on December 18, 2011.

[ REVISED ] Originally, the second part was released and available exclusively on OutandAboutNewspaper.com, and I can’t thank them enough for the opportunity.

Today, we are posting the full copy as a courtesy to our readership, as the post originally carried on OutandAboutNewspaper.com is now archived.

To read the original version released through the digital product of Out & About Newspaper, please visit their site by clicking [button link=”http://www.outandaboutnewspaper.com/artprvw/5728#.UPeIsKUpBFJ” color=”silver” newwindow=”yes”] I Exposed Josh: Part II[/button]

DUDE That Exposed Me to HIV Speaks (Part 2)

Special NOTE from IMSTILLJOSH:  “It has been a year-in-the-making really, that I would have the opportunity to feature the thoughts and feelings of the guy that unknowingly and unintentionally exposed me to HIV on December 18, 2011. This opportunity was not requested or received lightly– as the privacy and dignity of this gentleman remains extremely important to me. However, nearly one year later, I believe this is an important part of the larger story to share and an opportunity for us all to find wisdom, strength and grace from someone who lives with the fact of exposing HIV to someone else, even unintentionally. I do hope that readers understand I do not hold blame or guilt on either of us, solely. And after spending quality time with a therapist immediately after learning my own status, that I believe he and I both learned even more a true-life meaning of the word “grace.”  -[ + ] I’m still Josh. You still be YOU!!!”

”
WHAT IT WAS LIKE SEEING THE GUY I MADE POSITIVE?

Josh (imstilljosh.com) and I have a connection unlike any other. Yet, in reality, we’re little more than acquaintances. Our small talk is probably a little different than everyone else’s. There’s the obligatory social, “How are you doing?” and a hug… followed by a raised-eyebrow, “How are you doing?”… and then an inevitable, “So everything is good?”.

I’m not sure I have all the words for looking across the room and seeing “that person”. For many months, upon running into Josh, I felt an overwhelming sense of guilt. I wondered if his friends or new partner knew that I was the source of his positive status. Did they think I was an awful person? Was I an awful person?

Today, it can be better described as a feeling of comfort. There’s a guy on the other side of the room that knows what I’ve been through… that knows what I’m going through. He knows me a little bit better that most of the people in the room.

Describing seeing the person to whom you gave HIV is an interesting thing… Describing seeing the person to whom you gave HIV recognized for his efforts against HIV stigma is entirely different! Josh wasted no time in coming out, not only to his friends and family, but to the world. He immediately began the bloghttp://Imstilljosh.com and was soon speaking at Nashville CARES fundraisers and appearing on HuffPostLive. So quick was his transformation that I recall leaning over to my best friend during a CARES fundraiser and remarking, “My God, I’ve created a poster child!”… my friend was not amused. I suppose it wasn’t exactly appropriate.

In all honesty, I could not be more proud of Josh. He is fighting a fight that not everyone, including myself, is ready to fight. His efforts are breaking boundaries, opening minds and creating a better place for everyone, positive and negative. I look forward to a time in my life when I can stand with him and be the same positive influence.

MOVING ON WITH A POSITIVE ATTITUDE.

For the time being… if you are newly positive, you’re going to be great! Do not fear for you life. Proper care will ensure you live a normal life. Do no fear for your love life. People will still love you and love on you! If you are HIV-negative, take care of yourself. It is very easy to stay negative. When you meet a person that is HIV-positive, treat them no differently than you would treat anyone else. If anything, that person probably has a better perspective on life than most you’ve encountered before. I certainly do.

NOW FOR ME, ‘the guy that exposed I’m Still Josh to HIV’

After 6 months of HIV treatment, I am undetectable and my CD-4 count is in range of a person without HIV. I am happy and healthy.

Weeks after learning he tested positive for HIV, Josh Robbins launched his blog: imstilljosh.com to raise awareness for HIV as well as provide encouragement for others that may be living with HIV in Nashville. Almost one-year after start

ing his blog and posting the only known video on youtube actually being told one is positive, Robbins continues to share his story and unique perspective on tackling the stigma surrounding a manageable disease — HIV. Appearing on international media, his blog’s motto remains the same: ‘Im still Josh. You still be You!” Recently, Robbins was named an official Ambassador of the globally recognized HIV anti-stigma campaign for The Stigma Project. Robbins continues to reside in Nashville and is active with local HIV fundraising events, volunteering.

More From: The Guy That Exposed Me 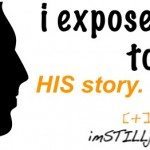 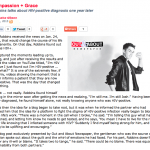