You aren’t dating my virus!

I’m extreme. I love sky-diving. I love hockey. I even love that insane show on television, where athletes almost kill themselves trying to finish. What’s it called? Oh, yeah… ’American Ninja Warrior’. I’m not saying I could beat up on that course, but I am saying that one day I might try.

I’m pretty passionate, too. I love hard, you could say. But on January 24, 2012, a reality hit me pretty hard… that I may not be “loved back” again because that’s the day that doctors told me that I was HIV-positive.

I’m not dirty, you douche!

Let’s be real – where I grew up, even where I live now, folks I knew and some I hung with still made the same nasty comments about people that had HIV: “dirty” “unclean” “deserved it because they hoes” “nasty”. I even used a few of those words before, I’m ashamed to say. So, how in the world would anybody ever be willing to have to sex with me or love me again? I mean I already KNOW, that I will live a full life because of the evolution of HIV treatments. But, this love thing?

THEN, it HAPPENED! No, not immediately falling love with someone else. It was then, that I realized that the biggest problem in my life wasn’t that I was living with HIV, or that I may not find someone else to date, have sex with or love. The biggest issue was that I didn’t already love MYSELF enough to see my personal image as something MORE than a virus, and that I didn’t value myself MORE to understand that there are amazing and brave people out there that would still love me, still want to have sex with me using the proper protections, and still date me. But only, if I was attractive. And I’m not talking “looks.” I’m talking about my self-confidence and knowing my value to myself and then, the world. It was then, at that decision time, that I realized that IF I wanted to fall in love now that I was living with HIV, that those people wouldn’t be dating my virus. They would be educated about HIV. They would be still be dating me– Josh.

Once I made the decision that I am worth more than merely being an HIV-positive dude, and that I am still the same fun and chilled guy I was before– just more protective of my body, my heart and my future partner’s safety and health, it was then that my phone started getting texts again– asking if I had plans for that night. It was then that I knew, that if someone wasn’t interested in dating me because I was living with HIV, then I wasn’t interested in dating them because they wear blinkers which block the reality that I’m still Josh. And they would be missing out on someone awesome!

“TAKE YOUR BLINDERS OFF! You aren’t dating my virus.” 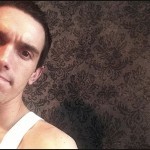 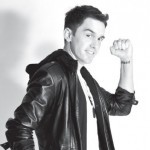