Well, here you go guys.  See, I told you that the HRC wasn’t intentionally stalling or waiting (for others to set the conversation nationally) to release a full HIV/AIDS Resource Guide supporting PrEP.  ;)~ I’m giving them a hard time, of course, because I think the friends of mine in the HIV/AIDS department of the HRC are insanely awesome and full disclosure: I’m a supporter!

And I just was thinking: they could have loved on someone you know who launched a complete LGBT PrEP Guide for HIV Prevention.  #holler  All kidding aside, thanks to the HRC and Greater Than AIDS for releasing the resource guide and putting their marketing behind telling more LGBT individuals about an option to keep themselves HIV negative.  Kudos to you both!

“HRC and Greater Than AIDS are proud to release this co-branded resource guide, which provides HIV/AIDS prevention and treatment information tailored to the LGBT community, including information about PrEP, or pre-exposure prophylaxis – a one pill, once-daily prescription medication to reduce risk of infection.”

Tweet the @HRC and tell them THANKS from @imstilljosh! 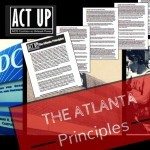 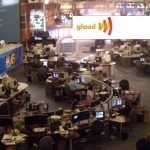