[box style=”orange note shadow” ]Update: I’m so excited to say that I was contacted and have learned that there will be no opposition to the trademark; and that all is well in the HIV Awareness, anti-stigma activism community. This thrills me so much. I Iove The Stigma Project and HIV Equal and can’t wait, as I hear they both could have new materials and campaigns soon! As always, and because of the chatter I had heard, I’m proud that even though I made no assertions and gave no opinion, except that I wanted it all to work out, I was able to use my personal platform to get to the bottom of it all. Both organizations inspire me tremendously. Xo! (Josh)[/box] When you file a trademark and or oppose the granting of an application of a trademark in the U.S., there is a huge notice at the beginning of the process: “You have no right to privacy.”  And this one can’t be a good one for either involved.

Without knowing the exact specifics of the reason for potential opposition if exercised, here are the quick facts:

The Stigma Project, promotes: HIV Neutral™ (although, I was not able to independently verify the application for trademark by The Stigma Project — noting that legally a claim can be made prior to getting the ® symbol.)

Jack Mackenroth and WHC filed for two trademarks — both on the principal register for HIV Equal™.

Now, it appears that a lawyer for The Stigma Project, Inc. has filed for an extension for time to oppose for good cause– although the lawyer could never respond.

Deadline to file opposition information: 4/30/14. We shall see.  I sure hope everyone works it out quickly… 🙂  I love both organizations and projects!

Full disclosure:  I covered the launch of HIV Equal™ on this blog, including an interview with Jack Mackenroth. And I have shared many of the campaign pieces on social media.  For The Stigma Project, I am a huge fan of the organization and the social media power and local activist community grown nationally (I was one of the first national accepted individuals to their TSP: Ambassador program over a year ago.)

So, what do you think?

Should HIV Equal™ get the trademark?

Is this trademark too similar to The Stigma Project?

*please note– nothing above is to be considered trademark infringement to either organization.  This post is informational only and in no way intended to question either organization’s motives or actions.  I hope it all works out.  Ill keep ya updated. 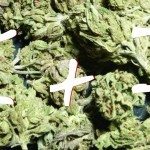 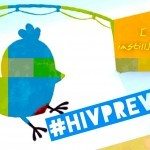