Sir Elton John is a champion in the global quest to end the AIDS epidemic.

In this video, shared by the EJAF, Sir Elton John says:

According to their press release:

Sir Elton also participated in a special session with Prince Harry, where the two men discussed the harmful consequences of stigma and discrimination against people living with HIV/AIDS in Africa, particularly among youth and adolescents. To achieve an AIDS-free world, both men stressed the need for education, access to testing and medical care, and support for young people worldwide.

“Empowered young people, from all walks of life and all circumstances, have always urged us to push past the status quo and reach for a dream that is BIG and BOLD, ” said Sir Elton John, Founder of the Elton John AIDS Foundation. “Fifteen years ago, when the International AIDS Conference was last held in Durban, 1,000 South Africans were dying of AIDS each day – nearly 1 every minute. Today, HIV medicine costs as little as 3 rand – 20 cents — a day. The rate of new HIV infections here has been cut in half; almost all babies here are being born HIV free; and 3.5 million people here are now on treatment and living full and productive lives. That is some serious progress, and it’s because young, new voices demanded that people everywhere have access to lifesaving treatments, not just those in living in rich countries. If we want HIV programs to work for young people, we can’t tell them what to do or think, we need to nurture their voices. We need to listen to them and we need them to tell us what skills and services will help create the AIDS-free generation we all dream of.”

Sir Elton and the Minister discussed the issue of providing pre-exposure prophylaxis medication or ‘PrEP’ to LGBT persons to protect them from acquiring HIV. The South African government has already approved the use of PrEP for sex workers – another high risk group for HIV.

Sir Elton and David also visited HIV-positive adolescents at KwaZulu-Natal Children’s Hospital where he emphasized the importance of helping young people overcome their disease and stigma by expanding their access to treatment and care.

Since 1992, the Elton John AIDS Foundation has raised more than $350 million to combat stigma, prevent infections, provide treatment and services, and motivate governments to end AIDS. We believe AIDS can be beaten. Visit www.ejaf.org. 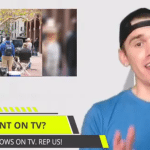 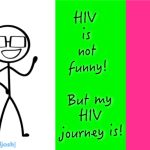