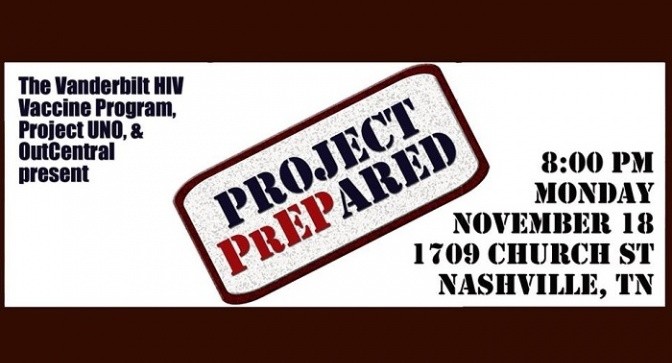 Are you PrEPared, Nashville?

Get answers Monday, November 18 at OutCentral in Nashville, TN.

[box style=”red, info, rounded” ]This article first appeared on Out & About Nashville‘s website and is used by permission as an on-going relationship between O&AN and ISJ.[/box]

A group of community health advocates have come together to provide answers to the community’s questions about a new HIV prevention strategy called pre-exposure prophylaxis, also known as PrEP.

After reviewing results from a number of large clinical trials last August, the U.S. FDA approved the use of Truvada, a two drug anti-viral medication previously used to treat HIV infection, as a prevention tool for HIV-negative individuals who are at risk of contracting the virus.  PrEP has been a topic of lively discussion and heated debate in the community and among professionals. Jointly presented by the Vanderbilt HIV Vaccine Program, Project UNO, and OutCentral, “Project PrEP” will assemble an expert panel to discuss the facts and issues.  “It’s time to start a conversation about PrEP in Nashville,” said Vanderbilt HIV Vaccine Program’s Vic Sorrell.  “As caring community members, we need to be aware of all the options available for HIV prevention and understand the differing perspectives involved.”

“I’ve worked in HIV for less than a year and have heard the national conversation around PrEP, but the local dialogue and response appears to be lacking” remarked Project UNO program assistant and OutCentral board member Robbie Maris.  “I am proud to be involved in the Nashville initiative and help bring awareness of PrEP to the local LGBT community in an informative and responsible way.”

A number of ongoing research projects in very large U.S. cities provide access to Truvada® for PrEP to gay men and trans women in highly supportive programs, but Vanderbilt HIV Community Advisory Board member and research educator Mark Hubbard said help for such individuals outside of these settings is scarce to non-existent.  “It’s important to understand that PrEP is more than just a pill,” he said, adding that “ideally safe and successful use of Truvada for prevention involves initial and regularly scheduled doctor visits, HIV and other lab tests, and risk reduction and adherence counseling.”

The event will be held at Nashville’s OutCentral on Monday, November 18 at 8:00 PM and is free and open to the public.

More From: Out and About Newspaper 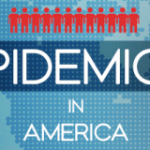