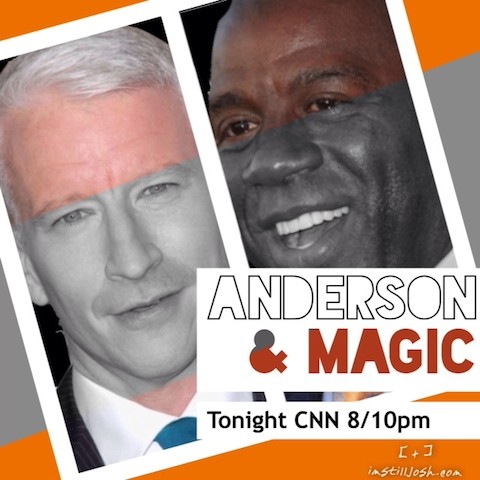 NBA Superstar turned HIV-activist, Magic Johnson, appears tonight on AC360 on CNN in an interview with the charming Anderson Cooper.

I’m pretty excited about this one… On my HIV Twitter account, I’m Still Josh || Josh Robbins, I just saw an awesome tweet by Anderson Cooper, that is posted below.  I can’t yell enough that I am freaking excited about the MAGIC JOHNSON speaking again about HIV and the importance of testing and the awfully charming/good-looking (no offense to my hot partner- HA!- but come on!) ANDERSON COOPER.

(updated after interview that aired:  Great, short interview but Magic made some pretty cool points about helping the LGBT community during his #HIV announcement and gave a call to action to help his son from gay leaders now. WATCH IT NOW.)

I’ll try and find a clip of the interview online — or if Anderson Cooper or the staff of AC360 feel so inclined to send me something that I can post without the huge CNN licensing fee attached– that would be awesome and baller, too! *wink wink*

Anyways… watch it!  I highly recommend it and will be watching this one myself! 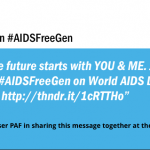