HIV Video Minute with Josh Robbins asks who is to blame? Should we  be ashamed as sexual educators and prevention messengers.

According to a new study out by the Journal of Adolescent Health, only 1 in 5 gay male teens are being tested for HIV.

And only half of the gay teens interviewed between the ages of 14-18 years old even knew where they could get screened for the virus. The study is based on about 300 teens recruited through social media that did telephone interviews and self-reported.

The CDC recommends annual HIV testing for everyone between the ages of 13 and 64, and more frequently for those at higher risk. (aka: gay teen males)

So, should we just lock up all the gay teens in chastity belts and tell them, “sorry about it” as a form of prevention? Or should we all be walking around with our heads held low because we have done a poor job even telling these young men where to go get free HIV tests? Or can we blame the government because of the decrease in available testing?

What is the solution? Could it be sex education in schools? Share your comments. 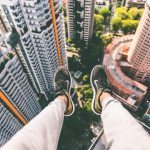 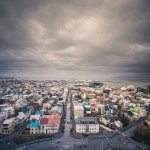