(Updated 8/31/15 – The notions of the published health journal article have been widely disputed over recent days. And though the majority of this article is published in fun, as I even say below that this changes absolutely nothing, some high tech people in HIV strongly urge me to clarify. So, the last paragraph is a joke. In case you were not aware. Additionally, this blog is accredited as health accurate. The original headline could be considered a bit misleading, but people it’s freaking clickbait. Aren’t we all competing with Buzzfeed? So, as much as I hate to update shit, the article is updated after I’ve received all these emails from folks that haven’t emailed me ever before. So, happy to all. But, now, sit down. 🙂 haha see, another joke?!!)

HIV Particles Do Not Cause AIDS, according to new study. And the science community is all pissed off.

Well, this may be a very interesting discussion among medical researchers and marketing people in HIV awareness. Seriously, think about all the HIV warning pamphlets and posters that have been printed (for nothing) over the years because not that many people ever read those. I don’t know that I have ever read one of the pamphlets all the way through.

For years, we have read and heard this statement: “HIV… the virus that causes AIDS.”

But what if, all this time that statement was not really medically accurate? And what if, it was more of an assumed theory that everyone just accepts? This new study that says HIV particles do not cause AIDS, published in Cell Reports, directly contradicts some of HIV researchers’ (and all those pamphlets passed out everywhere that nobody reads) long-time talking points or at least updates that information based on new findings (depending on how you want to see this news). [ This is widely disputed in the scientific community. Here’s why: http://tagbasicscienceproject.typepad.com/tags_basic_science_vaccin/2015/08/attempt-to-oversell-new-findings-on-pyroptosis-in-hiv-infection-prompts-headline-debacle.html ]

Read More: Are We Medicating The Wrong Positive People and Missing the Cure?

Here’s the summary of the study, according to Science Daily:

Scientists have discovered that HIV does not cause AIDS by the virus’s direct effect on the host’s immune cells, but rather through the cells’ lethal influence on one another. In a new study, the researchers revealed that the HIV ‘death pathway’ — how 95 percent of cells die from the virus — is only initiated if the virus is passed from cell-to-cell, not if cells are infected by free-floating viral particles.

Now, ultimately this does nothing to help us find a cure or a preventive vaccine directly, but indirectly, the more that researchers are learning and studying about the virus, the closer we will get to finally beating it! Right?

READ MORE: Here’s Why An HIV Vaccine Study Did Not Work

( JOKE) – I think we should all start saying, “HIV… the virus that was previously thought to have caused AIDS, but then we realized we just don’t know shiat for sure right now.” 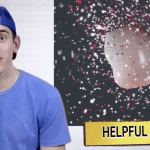 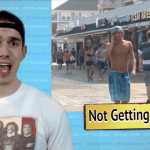